The Safavid Period as a Phase of Economic History 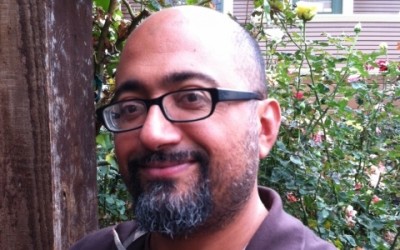 Dr. Ali Anooshahr is the associate professor of history at UC Davis. He received his Ph.D. from the University of California, Los Angeles (2005). After two post-doctoral fellowships and a year teaching at Saint Xavier University in Chicago, he went to Davis in 2008 to teach comparative pre-modern Islamic history with a special focus on Indo-Persian culture. In his book “The Ghazi Sultans and the Frontiers of Islam: A Comparative Study of the Late Medieval and Early Modern Periods” (Routledge, 2009) and articles he has focused particularly on the transmissions of texts and individuals along with networks that connected India, Iran, and the Ottoman Empire.

Prof. Anooshahr is a great pleasure for me to have an interview with you regarding medieval historiography. To which phases do you divide the history of Iran?

To answer this question we have to be clear on what we mean by phase, what history do we mean, and what we mean by Iran. Historians have long debated (and still debate) the merit and demerit of periodization. Everyone knows that periodization is generally very arbitrary. We see a great deal of continuity between supposedly different historical periods, and we also see a great deal of variety within historical periods whereby older patterns coexist perfectly well with new ones that were meant to have replaced them. I like the term “soft periodization” as it allows for some flexibility in characterizing particular years.

As for Iran, we have to see what history we are studying. Histories of political dynasties are fairly straightforward as objects of inquiry, but they undermine the notion of Iran as we understand it in the modern sense. For instance, Sasanian history would as much be Mesopotamian history as it would be “Iranian” history. The Achaemenid period is a truly international and imperial history and not at all Iranian history in the political sense. The same can be said with every Muslim dynasty before the Qajars.

If we want to study cultural history and understand Iran as cultural notions shared by a literate elite that read and wrote a set of Persian texts, then the most interesting phases would have little to do with “Iran” itself. This is certainly the case for India during the Timurid (Mughal). Not only the sheer size of the literate population that read and wrote outnumbered Safavid Iran or Central Asia by a rate of 10 to 1, but the major centers of patronage were also there. Moreover, some of the best manuscripts of what today we call Iranian history only survive in Indian copies (for example Tarikh-e Bayhaqi or Zan al-Akhbar of Gardizi).

If we want to look at economic history, then the “national” unit of analysis is all but unusable. Let’s look at what we call ancient or Achaemenid history for example.

The usual way of looking at this history is to see it as Iranian history or Eastern and contrast it Graeco-Roman or Western History. But if we look at economic history then our perspectives completely change. We know after the rise and fall of the first Agrarian civilizations (In Sumer, Egypt, the Indus, and Yellow River), new political units arose that tried to combine trade and agriculture as a revenue basis (since in this period industrial economy was quite underdeveloped).

In many ways then the Achaemenid history fits this pattern. We find the same standardization of roads, weights and measures, and coinage that also existed in the later Roman Empire as well as in Qin China. These, of course, favor merchants. We also know that Achaemenid art very much resembles Assyrian art, however with one major difference. Where Assyrian art shows the subjugation and misery of defeated people, Achaemenid art uses the same style to instead celebrate diversity. The various people at Persepolis are all portrayed in their “national” clothes, walking with their backs and faces upright, bringing tribute willingly. This is, of course, imperial propaganda that wants to present itself as supportive of peace and diversity—both factors appealing to merchants who traveled internationally.

We also know that there were three major trade routes in antiquity (the so-called “silk-road”, meaning the land route connecting China to the Eastern Mediterranean, the Indian Ocean doing the same thing but by boats, and the Mediterranean). The place where all these roads came together was in western Asia/Eastern Mediterranean. And this is where we find the bitterest imperial struggles over the control of this key area in Antiquity, whether between the Achaemenids and the Greeks or the Sasanians and the Romans.

In some ways then we can speak of a periodization that sees a phase of the formation of political units along these trade routes say between 600-300 BCE, followed by a phase of the struggle between political units that partially controlled this strategic location between 300 BCE to 600 CE, and another period (the early Islamic period 600 CE to 1000 CE) when one political unit controlled all three and reaped the amazing economic and cultural benefit as a result.

The same can be said, for the example of Safavid history. It seems incredible that the Safavids managed to create a political unit comparable in strength to the Mughal and Ottoman empires. India, Egypt, and the Balkans served as vast agrarian revenue bases that dwarfed anything comparable source on the Iranian plateau. How did the Safavids then sustain their state? I suspect this had to do with the world economy of the 16th and 17th centuries. The Portuguese presence in the Persian Gulf and the Sea of Oman (and other parts of the Indian Ocean) forced a good deal of the massive agricultural and industrial (cloth) products of India to be rerouted overland from the coasts north through Lahore, Multan, and the double gateways of Kabul/Qandahar. I suspect the Safavids served as the natural passage for this trade. The long wars between the Safavids and Mughals over Qandahar relate to this matter. We also see when in the 18th century this trade dries up, the Afghan lords of this strategic location (who used to be subsidized by the Safavids and the Mughals) break out of their stronghold in search of money—with Mahmud Afghan going west to plunder Isfahan and Ahmad Shah Durrani to Delhi.

So I would place Safavid history as a phase of economic history where overland trade virtually replaced the most normal seaborne trade thanks to European interventions. This type of classification is not dependent on defining “Iran” as a cultural space, but primarily an economic one. I find such an approach liberates us to explore more fundamental questions related to the causation of major historical shifts such as the rise or fall of the Safavid state alongside its neighbors such as Qandahar or north India.

Regarding your classification of Iranian history, when is the medieval time of Iran?

You have done some comparative research on the Safavid, Ottoman, and Mughal historiographies. Regarding the themes and structures of historiography which differences do you recognize between them? This is a huge topic so we have to focus on particular themes. There are not a lot of comparative works on three right now, but there seems to be momentum toward it. Marshall Hodgson, Ira Lapidus, Stephen Dale, and Douglas Streusand have written textbooks or chapters comparing the main political institutions and Gulru Necipoglu has done some art historical comparisons.

In regard to the themes of the Safavid historiography, do historians refer to social subjects?

If by this you mean matters of social history, then yes. We have to remember that narrative sources from this period usually employ a moralistic explanatory technique for history. We have to use training or social and economic history in order to extract relevant information without incorporating the moral bias of our sources. This is very difficult. Discussions about the “decline” of the Safavid state for example, still rely on the moralistic worldview of their sources when “blame” the debauched behavior of a Safavid king or commander or the influence of the “harem” in politics as the “cause” of downfall. This is certainly how 18th-century authors explain it, but the human sciences have come a long way in the last 300 years. We should be able to do a better job of explaining.

Thank you so much for your great attention.